Junction Ranch, California
Junction Ranch is a military testing site that also contains a large airstrip. The facility is a part of the Naval weapons station on China Lake where it is believed that that the government is working on secret drone projects. The area looks as it should on Google maps but one particular area has been scratched out. Bing maps have the entire area blurred out. There is, of course, a reason but that, of course, must be a very confidential one. 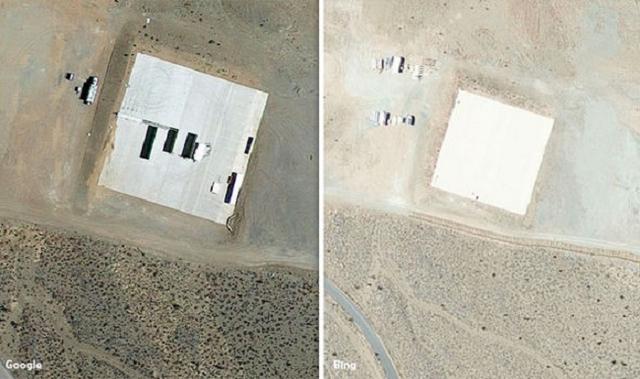 Snow Saddle, Nepal
Kantega or Snow Saddle is an area located at 22,000 feet, high up in the Nepal Himalaya. Google maps has blacked out the entire region while Bing maps has pixilated it. One wonders why? There are allegations and assumptions that the Nazis made secret expeditions in the area where they were believed to have discovered a UFO base and testing site. The area has been blacked out to discourage the secret entrance that leads to the base or investigating the area. The area is well known for its huge number of alleged UFO sightings. 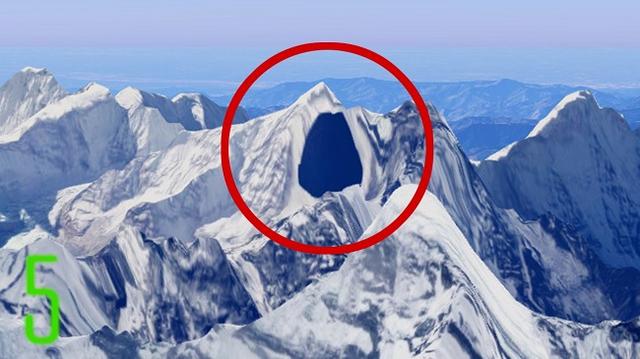