Broken Arrow, Greenland
The term a broken arrow is used by the US military to denote a damaged or fallen nuclear weapon. It is also the name of a site in Greenland that has been highly pixilated by Google Maps. During the Cold War, the US airforce had carried out a classified and secret operation between 1960 – 1968 that was referred to as “The Chrome Dome”. The operation involved B-52 stratofortess strategic bomber aircraft armed with thermo- nuclear weapons flying continuous sorties along air routes on the Russian height of the Cold War. Accidents involving the B-52 bombers ended the program in 1968. It was presumed that one such accident involving a nuclear weapon caused several military workers to suffer radiation poisoning. The reason for Google pixelating the area is not known. 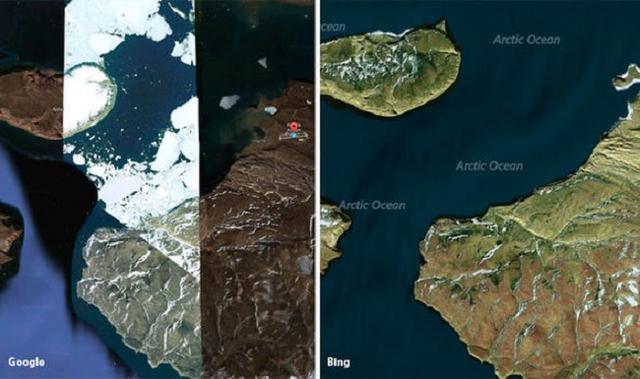 Baker Lake, Nunavut, Canada
There is a black strip covering a long rectangular plot in the Baker Lake area in Nunavut Canada. Theorists have implied that it conceals extraterrestrial beacons placed on the strip, something that no government will want anyone to see. 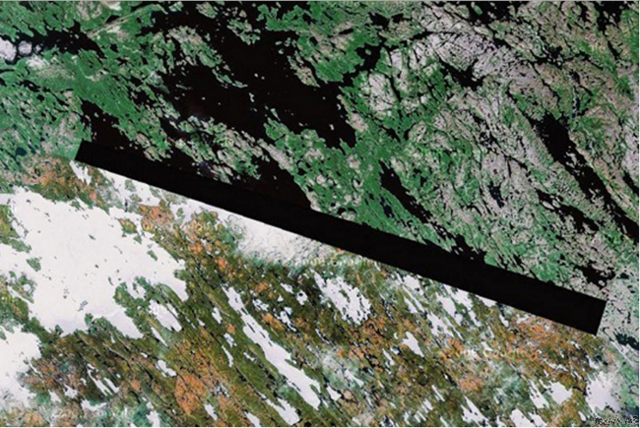